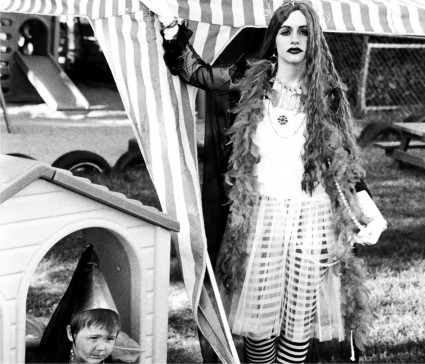 Paula Thiessen is an accomplished writer, editor, researcher and photographer, in this series of black and white photographs, a body of work that spans decades, Thiessen endeavours to show her “peeps” as they have never been represented before. Theissen is attracted to photographing people, as they offer her a greater margin for chance and opens an unexplored world, a place of curious self-expression, but also a world of new relationships, and most importantly new stories. As Sontag states:”[t]o photograph people is to violate them, by seeing them as they never see themselves.” And in her view, if photography is illicit in this way, then the gallery-goer is also implicated, for looking at photos of people one doesn’t know, recalls the pleasurable voyeurism of the peep show. Paula Thiessen (MA Lakehead University-English) accredited photographer, designer, writer and researcher contributing to: This Magazine, The New Quarterly, as well chief researcher for Naomi Klein, Mark Kingwell, Bruce Mau Design.