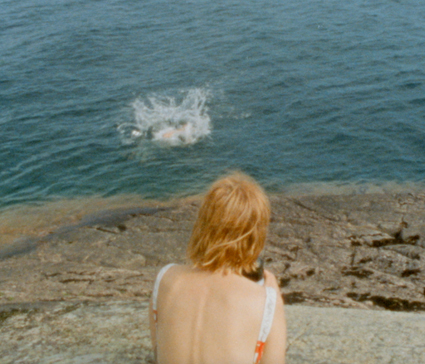 Shot by Thunder Bay born Director, Laura-Lynn Petrick, Superior had its international premiere in Cannes, at the AVIFF selection. The film has also shown at the MEDFF in Siracrusa, Sicily & premiered in Canada at the Censured in Canada film fest in Toronto.

SYNOPSIS:
A silent documentary shot on super 8 film in Northwestern Ontario, scored by two Canadian musicians… In the middle of summer two young lovers leave the city of Toronto in a 1981 Pontiac Parissienne, and drive 15 hours northwest to the land of Lake Superior, 500 miles east of their hometown, Thunder Bay. They set up camp in the back country of the lake’s woods and live off the land for many days, with no technology, just each other. They reconnect with their environment and find peace and serenity among the mystical landscape.

The time they have is unforgettable, filled with beauty, and spiritual fulfillment, as they re-acquaint themselves with the power of the wilderness. Lake Superior will forever resonate in their hearts.

ARTIST BIO : Petrick was born in 1990, raised in the countryside of Thunder Bay, Ontario, Canada, by her mother, a teacher and her father, a carpenter. Petrick spent most of her coming of age in the woods of Ontario, growing up on a lake surrounded by family. Petrick dived into photography, through the encouragement of her grandmother’s photographs and the gift of her father’s Yashica single lens reflex. Petrick self-taught herself film photography and its intricacies. She began photographing her friends and her surroundings. She found success in her photography, having over 4 international solo shows by the age of 22, and moving on to work for record labels such as Capitol Records, Universal, Domino. Her work is published internationally in major news publications such as The Rolling Stone, Harper’z Bazaar, Vogue, SPIN, The Village Voice, NYLON, Interview Magazine, and the Washington Post.

She later found herself enjoying the motion and light-trickery of motion picture film and became fascinated with working with ancient mediums of 16mm, super 8, hi8 and vhs. Since then, Petrick has shot impressive music videos for the music industry, for Day Wave, TOPS, Weyes Blood, Allah-Las, Brian Bell, Nick Waterhouse, Mac DeMarco, Quilt, and Real Estate. Petrick has worked on several experimental super 8 films, including a creative short with the 2017’s Oscar winning best actor Casey Affleck. Petrick is currently working on a an experimental film, The Mother Road, shot entirely on Kodak Super 8 film, soundtracked by the best of Canadian indie music, coming early 2018.