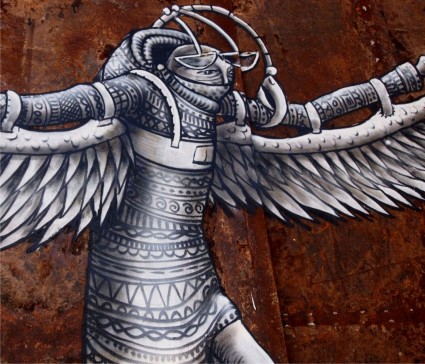 Creator Project 4- Video Screenings- Educational video screenings, interviews and artworks of two major artists, with juxtaposed methodologies that push the limits of art, culture and interaction. It highlights the special relationship of creative people, those “technical poets” who, rather than restricting themselves to the utilitarian aspect, base their research on an understanding of existence transcended by artistic genius. Featuring artists:Phlegm-British Sheffield-based-[Urban Street Art] has gained worldwide recognition and is one of the most admired street artists internationally. Yayoi Kusama-Japan/New York-A precursor of the pop art, minimalist and feminist art movements, Kusama influenced contemporaries such as Andy Warhol and is acknowledged as one of the most important living artists to come out of Japan, and an important voice of the avant-garde. Join us for the Gala Opening Reception and enjoy a ferocity of Art, Music and a bevy of fresh spring refreshments provided by Sushi Bowl & Sweet Escape Cake Café & Bakery.  Engage Art!