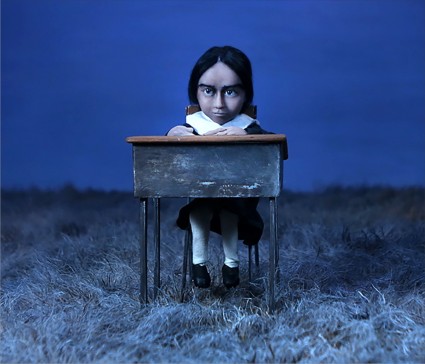 Amanda Strong is an Indigenous (Michif) filmmaker, media/stop motion artist currently based in unceded Coast Salish territory, also known as Vancouver. She studied photography and illustration at Sheridan Institute and extended those mediums into creations in media arts. Amanda’s work looks into lndigenous lineage, language and unconventional methods of story-telling. Each film is a collaborative process with a multi-layered approach to aspects of animation and the sonic spectrum. Her films have screened across the globe, most notably at Cannes, TIFF, VIFF, and Ottawa International Animation Festival. Amanda has received grants from the Canada Council for the Arts, Ontario Arts Council, BC Arts Council and the NFB. In 2013, Amanda was the recipient K.M. Hunter Artist Award for Film and Video. Most recently she was selected by renowned filmmaker Alanis Obamsawin to receive $50,000 in post-services through the Clyde Gilmour Technicolour Award.

Join us for a Gala Opening Reception at Definitely Superior Art Gallery with three new exhibitions featuring regional/national/international artists-part of our 29th anniversary/appreciation celebrations and a ferocity of Art, Music, Dance and New Media Performances, plus catered refreshments.

in partnership with Neechee Studio, made possible by the Ontario Arts Council